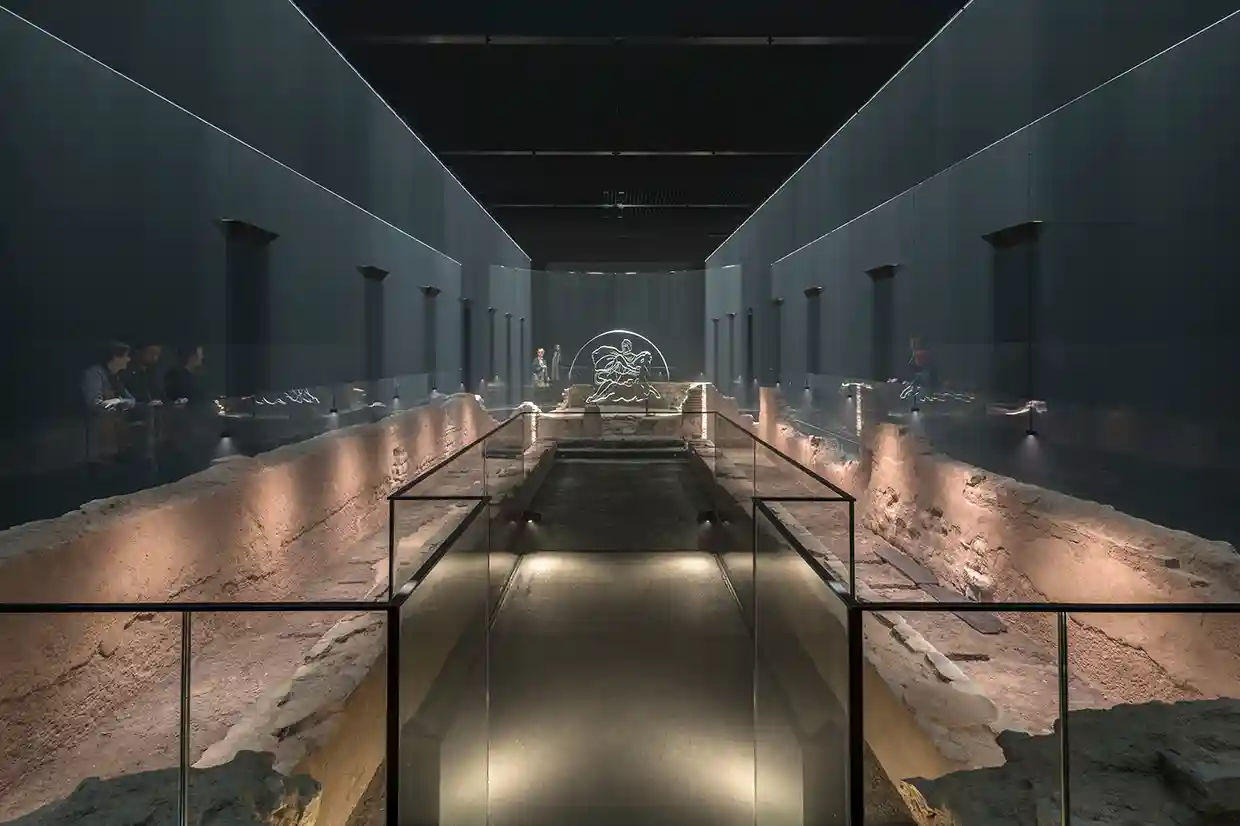 London’s Roman-era Temple of Mithras, once displayed on a car park roof with a crazy paving floor, is to reopen to the public – this time on its original site.

Visitors to the temple will now descend through steep, black stone-lined stairs, in Bloomberg’s new European headquarters, to seven metres below the city streets where in Roman times the smelly river Walbrook once flowed sluggishly through marshy ground. In approximately 240AD, the Romans built a temple next to the river to one of their most mysterious cult figures, Mithras the bull-slayer.

The virile young god from the east was beloved of soldiers who worshipped him by the light of flaring torches in underground temples, where the blood of sacrificial animals soaked into the mud floor. The reconstruction of his rites includes the soundtrack of shuffling sandalled feet and voices chanting in Latin the names of the levels of initiates taken from graffiti on a temple in Rome: the god still guards many of his secrets.

“It was a mystery cult and its rites remain very well guarded mysteries. There is nothing written about what went on in the temples, no book of Mithras,” said Sophie Jackson, the lead archaeologist from the Museum of London Archaeology who has spent years working on the excavation and reconstruction.

“The one thing we do know is that no bulls were sacrificed there. It was a very confined space and I don’t think anyone would have got out alive.”

Read the entire article on The Guardian. 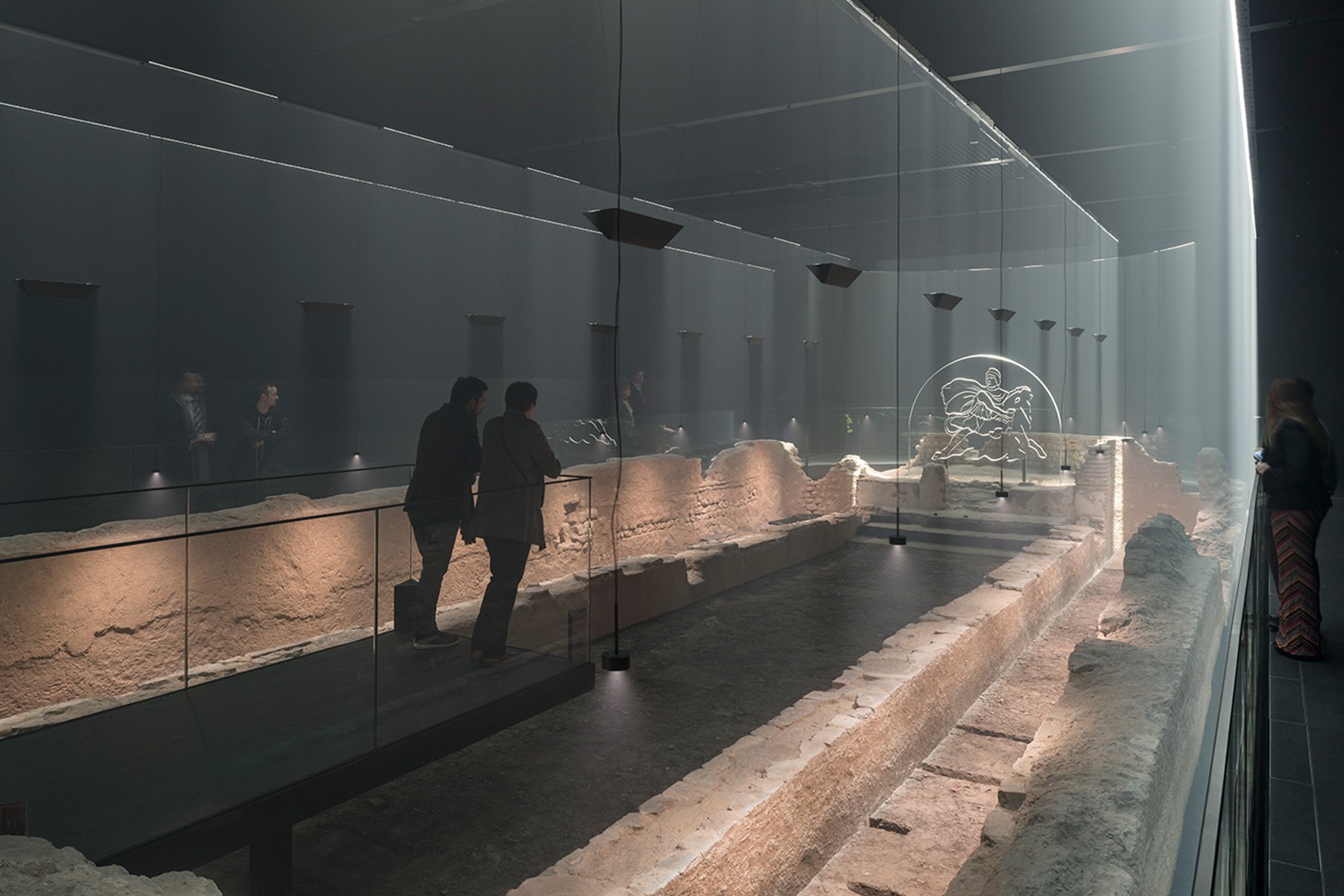 The London Mithraeum has been contextualized and relocated in its original emplacement in 2016.