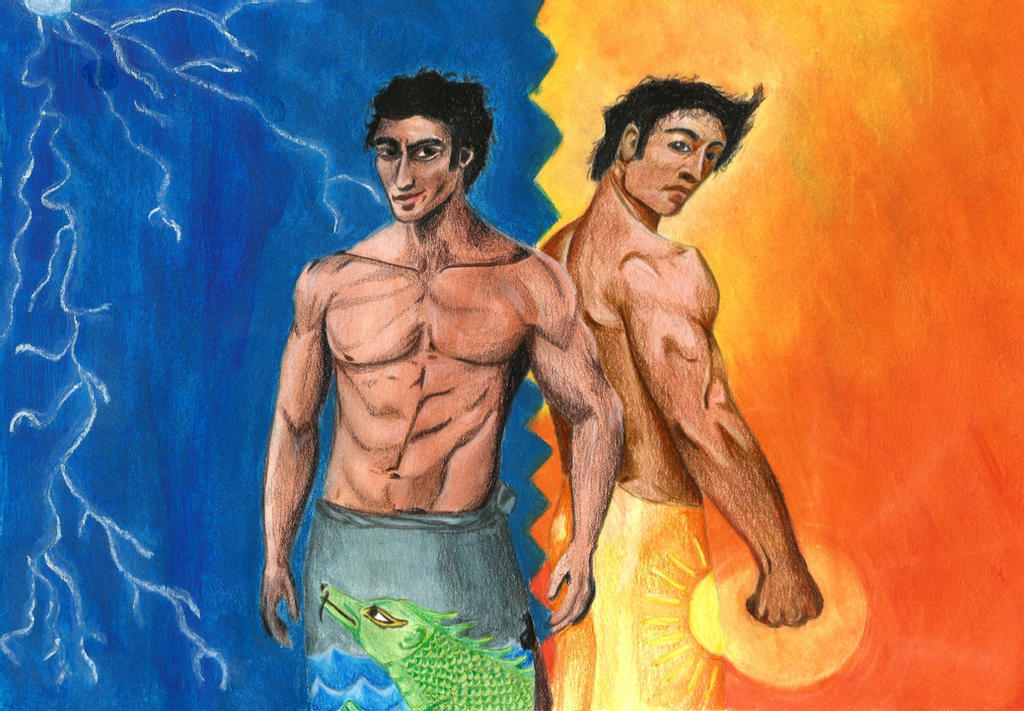 Unlike other Proto-Indo-European words, many of which are preserved as such in Sanskrit, Mitra or its derivatives are not words which have been borrowed to create words in European languages. Most words in European languages trace their origin to Proto-Indo-European, and Sanskrit being a second-tier descendant of it, appears to have mothered them. But there seldom exist words that sound even remotely like “Mitra”, meaning ‘Friend’ in other European languages. Note that Mitra wasn’t either the original, or always the most popular word for a friend. Even in Bengali, a language that has several nouns borrowed from Sanskrit (tatsam), Mitra is sparingly used, Bandhu being preferred. Even in Tamil, ‘Mitra’ denoting friend is a relatively new addition. There is an overarching reason behind this.

Varuna can be seen as the recipient or the penetrated, in the homosexual union, while Mitra is the insertive counterpart, as referenced by the Sun setting in the sea, the realm of Varuna

Mitra was a Proto-Indo-Iranian deity, who is likely to have preceded the Vedas and even Sanskrit. He gave rise to eponymous entities in Vedic Hinduism and primitive Zoroastrianism (Mithra).

Mithras-Orion, a 1980 book by Dr Michael P. Speidel, an eminent American Professor of Ancient History at the University of Hawaii, opens with the line, “Mithras is mankind’s oldest living God”. He observes pieces of evidence and relics of the Proto-Indo-Iranian divinity being found from Britannia to Roman Arabia and the Danube to the Sahara. The 3500-year old figure is still worshipped in India in two distinct faiths – Zoroastrianism and Hinduism.

His divinity was so iconic, appealing and ubiquitous, that his or his derivatives’ mentions can be found all over the Middle-East and Near-East, from Britain to Bangladesh, through Europe, Turkey, Bactria and Iran. His name was later adopted for different figures in various religions as Buddhism and Pagan cults, as well as various Gnostic faiths. Various Greek figures borrow his name too, some with sizeable character influences.