Built at the start of the 3rd Century AD it lasted into the early 4th Century when it was abandoned and desecrated, presumably by early Christians who were quite famous for desecrating temples and statues

Located about 80 metres from the south-west corner of Brocolitia Roman Fort this Mithraeum was discovered in 1949 and excavated in 1950. It has been restored and preserved to its fourth century plan, complete with replicas of the altars that are in the Hadrian’s Wall gallery in the Great North Museum.

The site is free to visit and managed by English Heritage 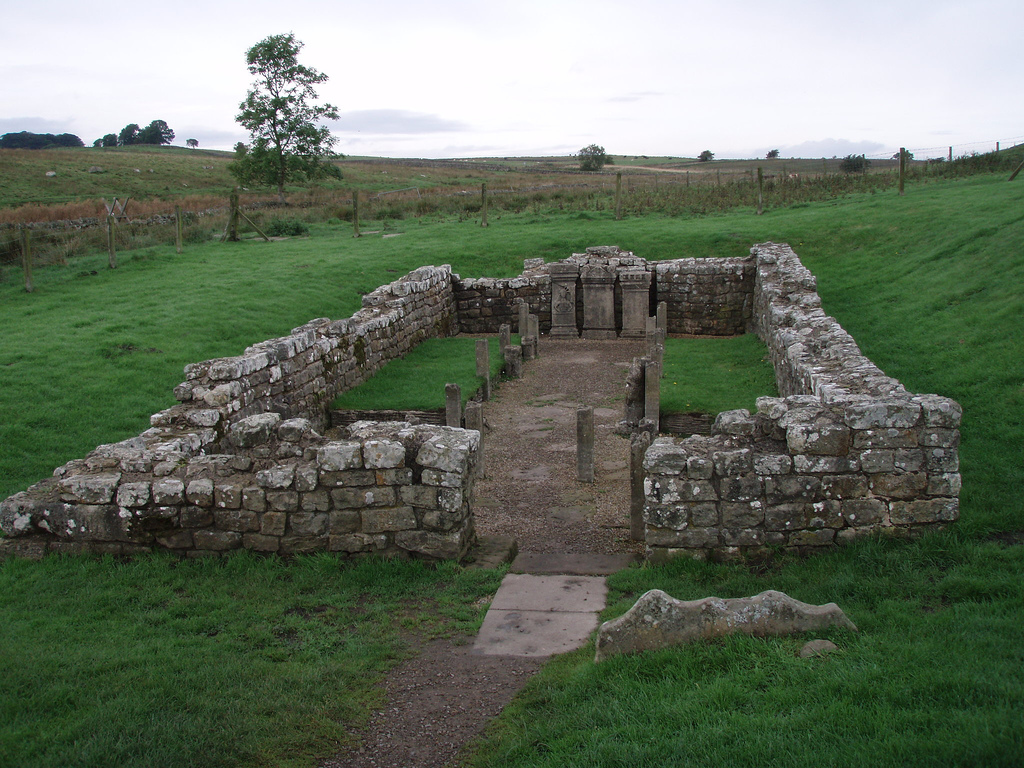 Video report of the Italian TV channel La 7 about Mithraism made in the Mithraeum of the Circo Massimo.

Explore the Mithras Temple of Jajce (Jace i Mitras)

Video reportage about the city and the Mithraeum of Jajce.

Video report in Spanish on Mithraism.