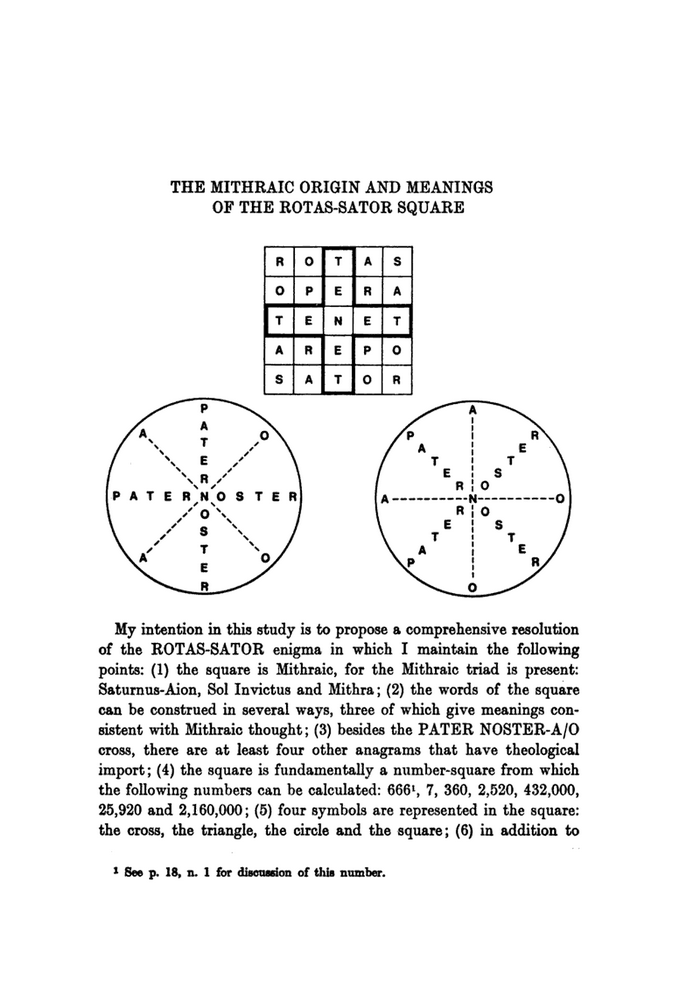 My intention in this study is to propose a comprehensive resolution of the ROTAS-SATOR enigma in which I maintain the following points: (1) the square is Mithraic, for the Mithraic triad is present: Saturnus-Aion, Sol Invictus and Mithra; (2) the words of the square can be construed in several ways, three of which give meanings consistent with Mithraic thought; (3) besides the PATER NOSTER-A/O cross, there are at least four other anagrams that have theological import; (4) the square is fundamentally a number-square form which the following numbers can be calculated: 666, 7, 360, 2,520, 432,000, 25,920 and 2,160,000; (5) four symbols are represented in the square: the cross, the triangle, the circle and the square; (6) in addition to the AÎ© symbolism, there are numerous indications of a connection between the magic square and Mithraism on the one hand and the Apocalypse of St. John on the other; and (7) in composing the square the above numbers dictated the choice of the letter-numbers; consequently the word-meanings and anagrams where all the more striking as proofs of the Mithraic faith. In short, then, I shall argue that the ROTAS-SATOR square was the product of the syncretic paganism of the Roman Empire.