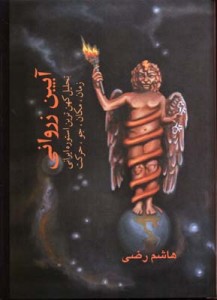 In the present books the roots of this Abin; شكلكيرى و كسترش أن واصول و His fluids have been examined. First, the author to the maximum of Zarwat and Memoirs of Horsemen and narratives in Zarvani's senses; The oldest. The narrations of Abin Zarwani and ... have been narrated. In continuation of Zoroastrian religion; تقل
The legend of two twins from the original; Abin Mitra Ahriman Izad in Abin Mitrai: Diq The Lion God on the Interpretation of the Mysteries and Preferences of the Originality of Algebra in the Zoroastrian Religion »Zarwat Jahar Jahrdai and ... have been studied and considered.