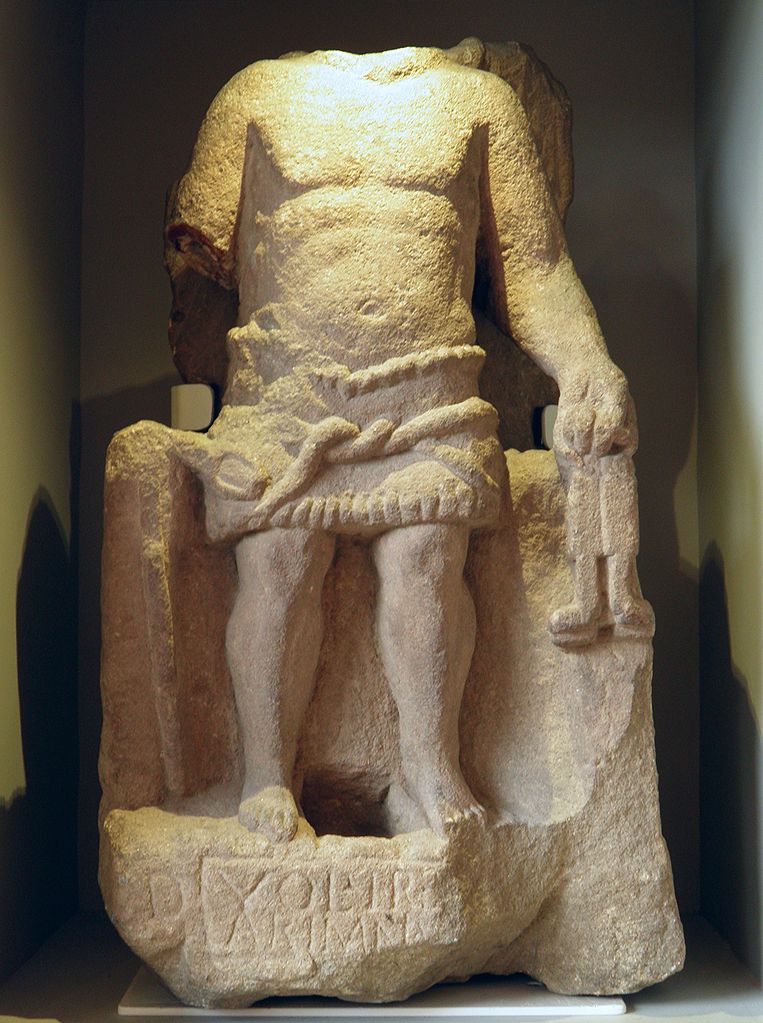 On a base a standing, naked figure, dressed in a fringed loin-cloth, which is held together by a snakelike belt. In his hanging I.h. two keys, whereas the other, which is broken off as far as the elbow, must have held a sceptre, part of which is still visible on the edge of the stone, together with an undefinable object (thunder- bolt ?), half of which is preserved on the fringes. To his shoulders two wings are attached. Head lost.