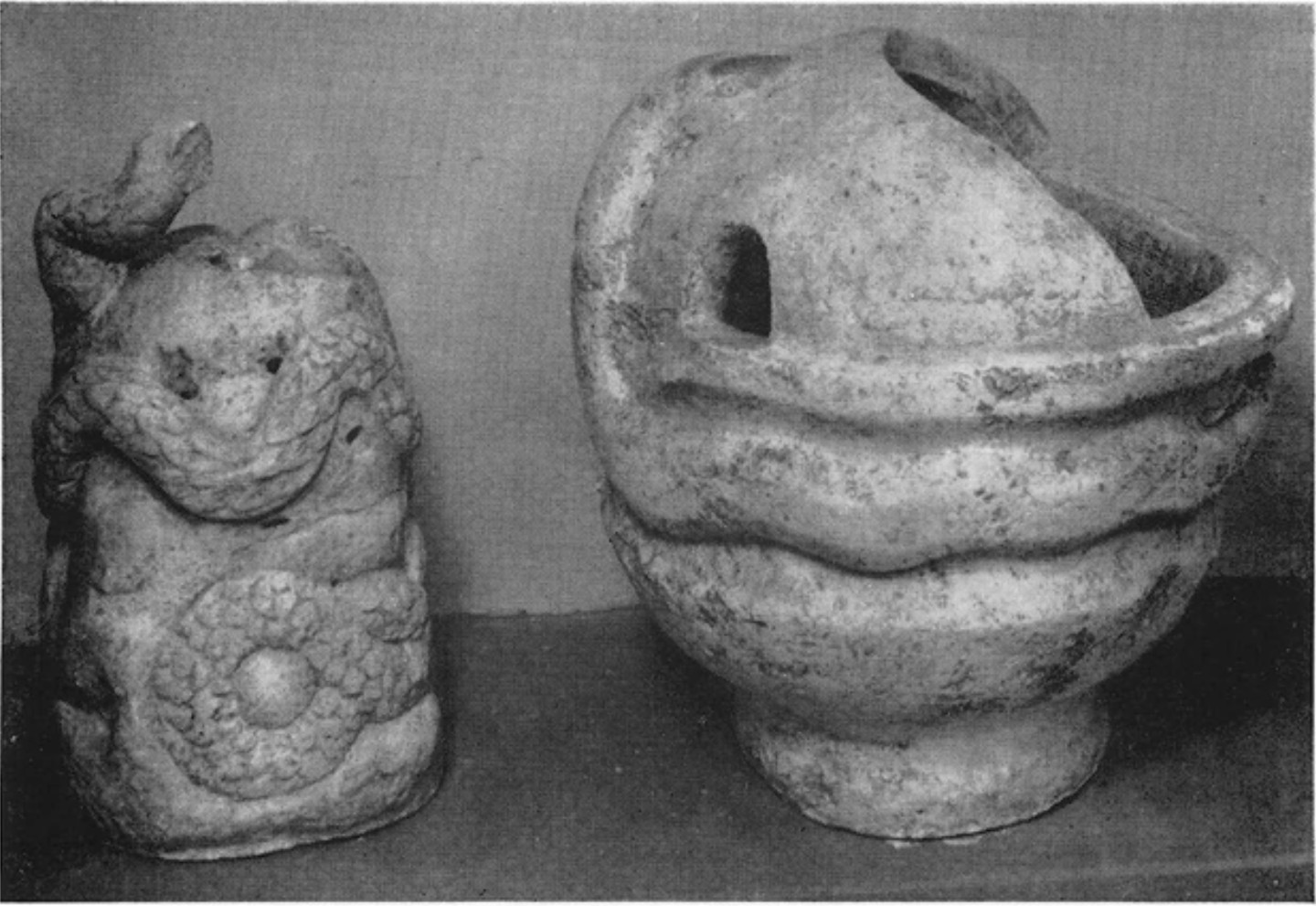 Marble vase (H. 0.60, Diam. 0.50). Vase with rounded cover, in which one big and two smaller semi-circular holes. A snake winds itself around the vase, holding its head near the largest aperture to drink from it. The tail is lacking.

Many of the inscriptions and sculptures of the site were kept in a museum which has been destroyed.

The lion-headed figure of Skikda includes a pine-apple beside his feet.

The statue of Skikda has seven holes in his hair for fastening rays.