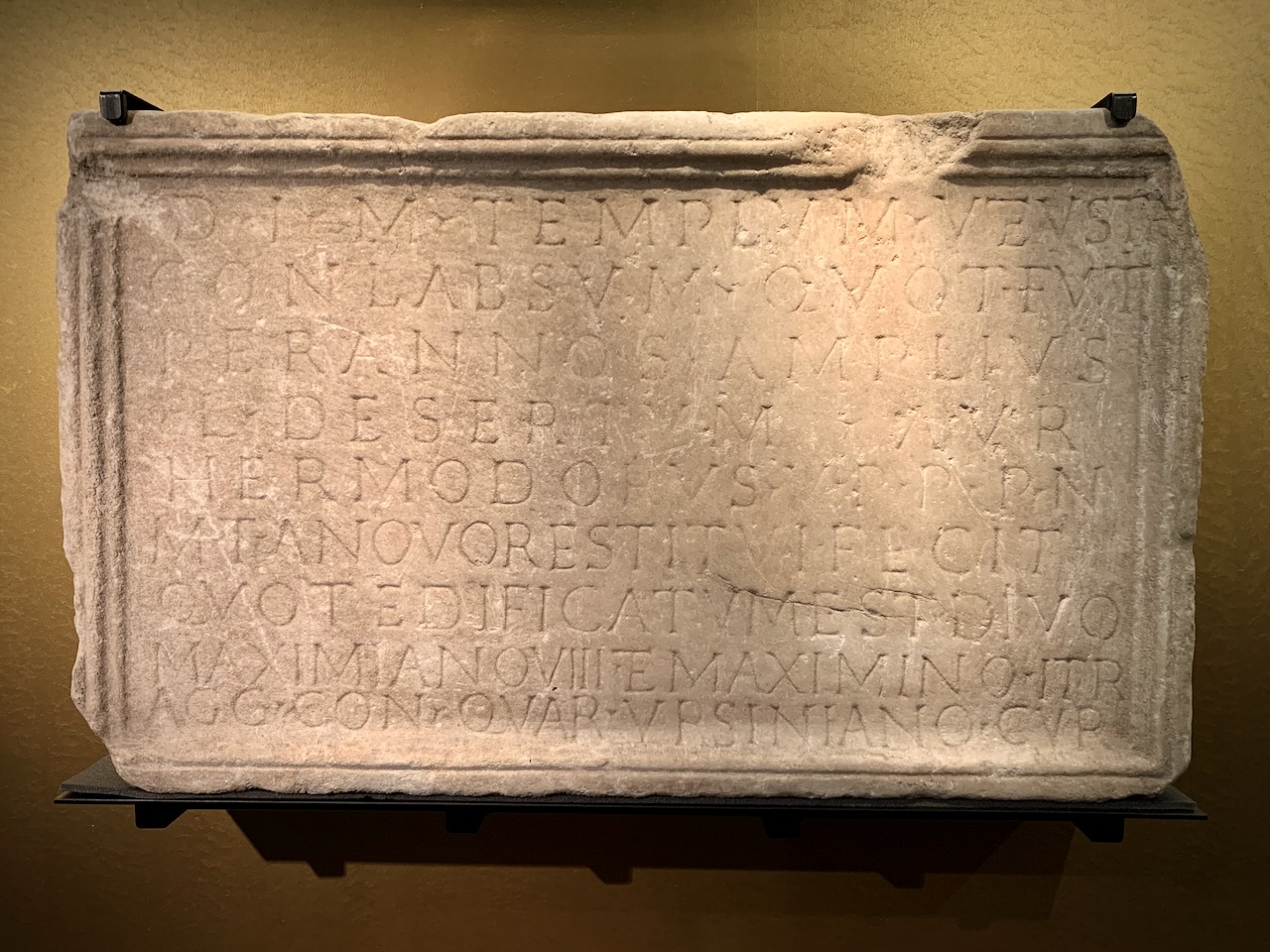 This inscription to the invincible god Mithra explains that the Mithraeum of Virunum was destroyed by time and how Aurelius Hermodorus, governor (praeses) of the Noric Meditarrenaen province, restored it in 311.

This marble plaque, known for several centuries, belonged to a group of Mithraic pieces preserved at Tanzenberg Castle until 1820. It bears a complete inscription of nine lines, dated to 311 C.E. based on the names of the two consuls.

This dedication could be associated with the same Mithraeum as the bronze plaque found at Virunum in 1992.

A bronze plaque records the existence of a mithraeum at Virunum that collapsed and was rebuilt by members of the community.

The bronze bears the dedication of a restoration of a Mithraeum carried out in 183.