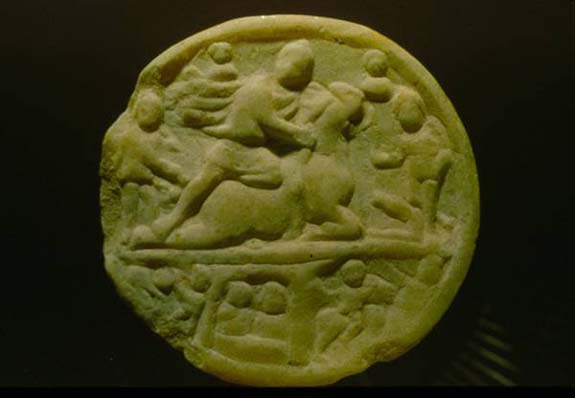 This artifact was a small circular medallion on which was depicted in bas relief, Mithras slaying the bull. This medallion, carved of white crystalline marble is 0.075 m in diameter and 0.01 m. in thickness. On its reverse a finished bevel reduces the reverse diameter to 0.065 m. while the reverse surface was left with a rough comb dressing.

The observe of the medallion is divided horizontally into two registers depicts three scenes from the life of Mithras.

This shrine developed towards the end of 2nd century and remained active until beginning 4th.