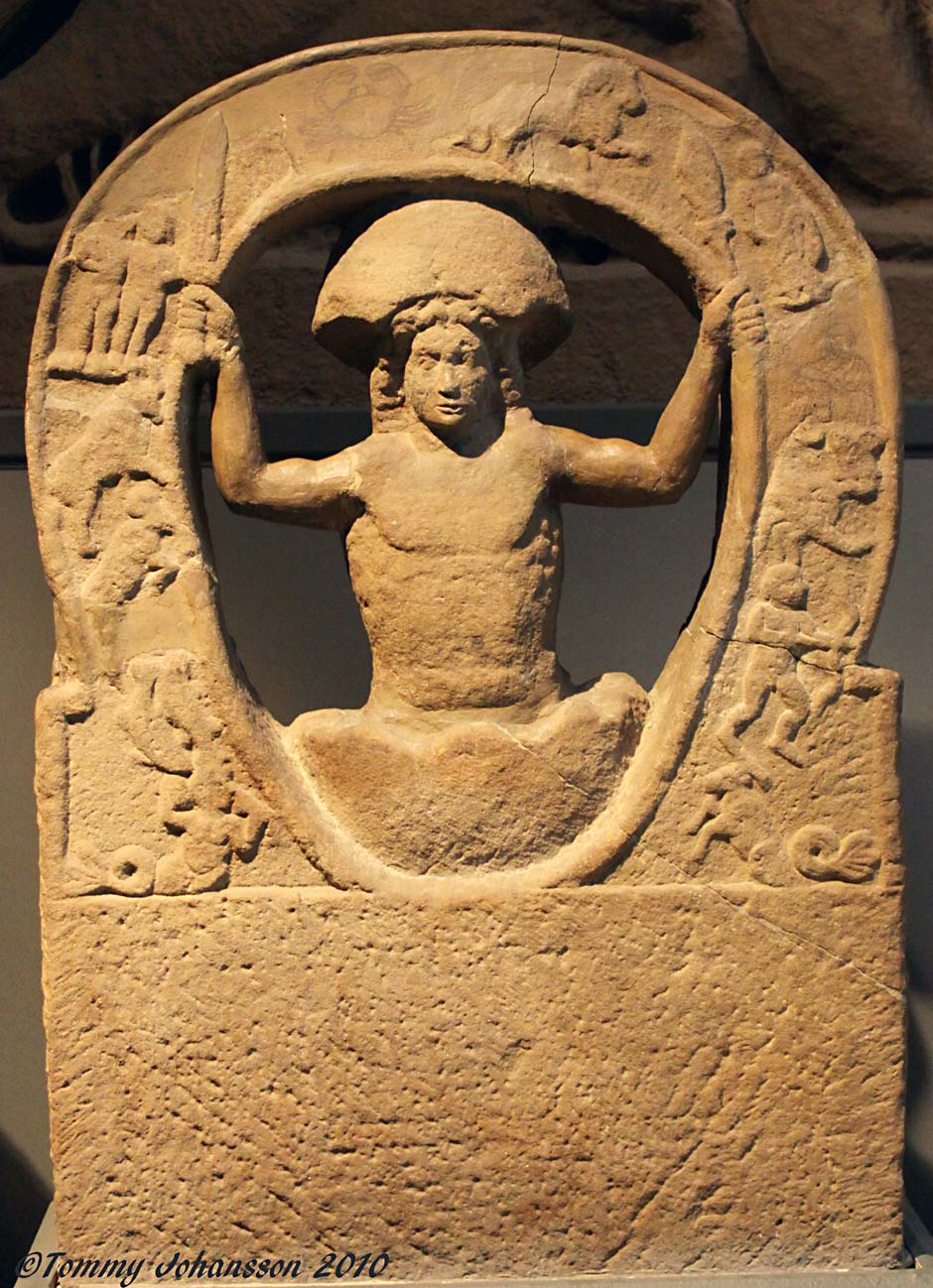 The lower part has not been worked and is rough. Above it in an open oval circle, the torso of a young naked Mithras with long curly hair, emerging from an egg, the two halfs of which are visible above the head and below the hips. The raised arms have got lost, but his hands, in which a dagger (r) and a torch (l) have been preserved on the rim of the circle.

The Housesteads Mithraeum is an underground temple, now burried, discovered in 1822 in a slope of the Chapel Hill, outside of the Roman Fort at the Hadrian's Wall.

The head this statue of Cautes from Carrawburgh has been lost.