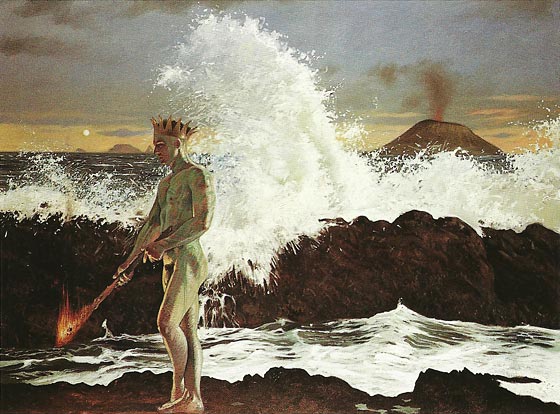 The ritual banquet is based on the mythical episode, in which Mithras and the Sun meet to eat, before beginning the ascension journey. Franz Cumont interpreted this moment as a "Last Supper" by which Mithras celebrates at the end of her mission on earth, before riding in his chariot and marching to heaven. For the participants in the mysteries, this banquet has a sacramental meaning in commemoration of the mythical episode, as well as for its integrating and cohesive character. The community meets expressly to celebrate this.

At the banquet two foods play a central role in the symbolism of this liturgy: bread and wine, as well as meat. Cumont interprets this sacrament as a repetition of Iranian avestic practices in relation to the sacrifice of the bull and the consumption of the haoma. Vermaseren sees it as an approach to the hope of salvation and the idea of rebirth it implies. The Sacred Banquet celebrated in the Mithraic mysteries is a reproduction of that which Mithras and the Sun performed in a mythical time. The role of the two gods is occupied by two prominent initiates of the community, Pater and Heliodromus, accompanied by the other initiates.

The chain of union

The mythological episode in which Mithras and the Sun formalize the agreement through the formula of joining their hands, iunctio dextrarum or dexiôsis, is also part of the main rituals of the Mithraic communities. Through this union of hands, the Pater, who acts as Mithras' earthly representative, strengthens the bond of brotherhood between the participants who are united thanks to the syndexi.

The mysterious character is concretized not only in the pact of secrecy that marks each one of the activities that are carried out in the interior of the Mithraea, but also in the initiation as a vehicle of incorporation of the aspirants. The believer joins the community after going through an unavoidable process by which the mysteries are revealed to them. The new member thus understands the day of his initiation as a new birth, that is, the mystes es natus et renatus.

The candidate, naked, blindfolded, hands tied behind his back, is accompanied by a mystagogue who introduces him into the community. The incorporation of the neophyte into the community is accompanied by the initiation process at the end of which he demonstrates his suitability for breaking with his previous existence to begin his new life identified with Mithras and benefited from the salvation he grants to all those who have been initiated into his mysteries.

The incorporation and participation in the mithraic mysteries is carried out according to a scale of seven degrees which is progressively accessed. At the same time, each one of these initiatic degrees is under the protection or patronage of a planet. The Mithraic degrees are grouped around two categories, on the one hand the first three played a role of collaborators (υπηρετουτντεζ) in the ceremonies, while the other four play a participatory role (μετεχονeζ).