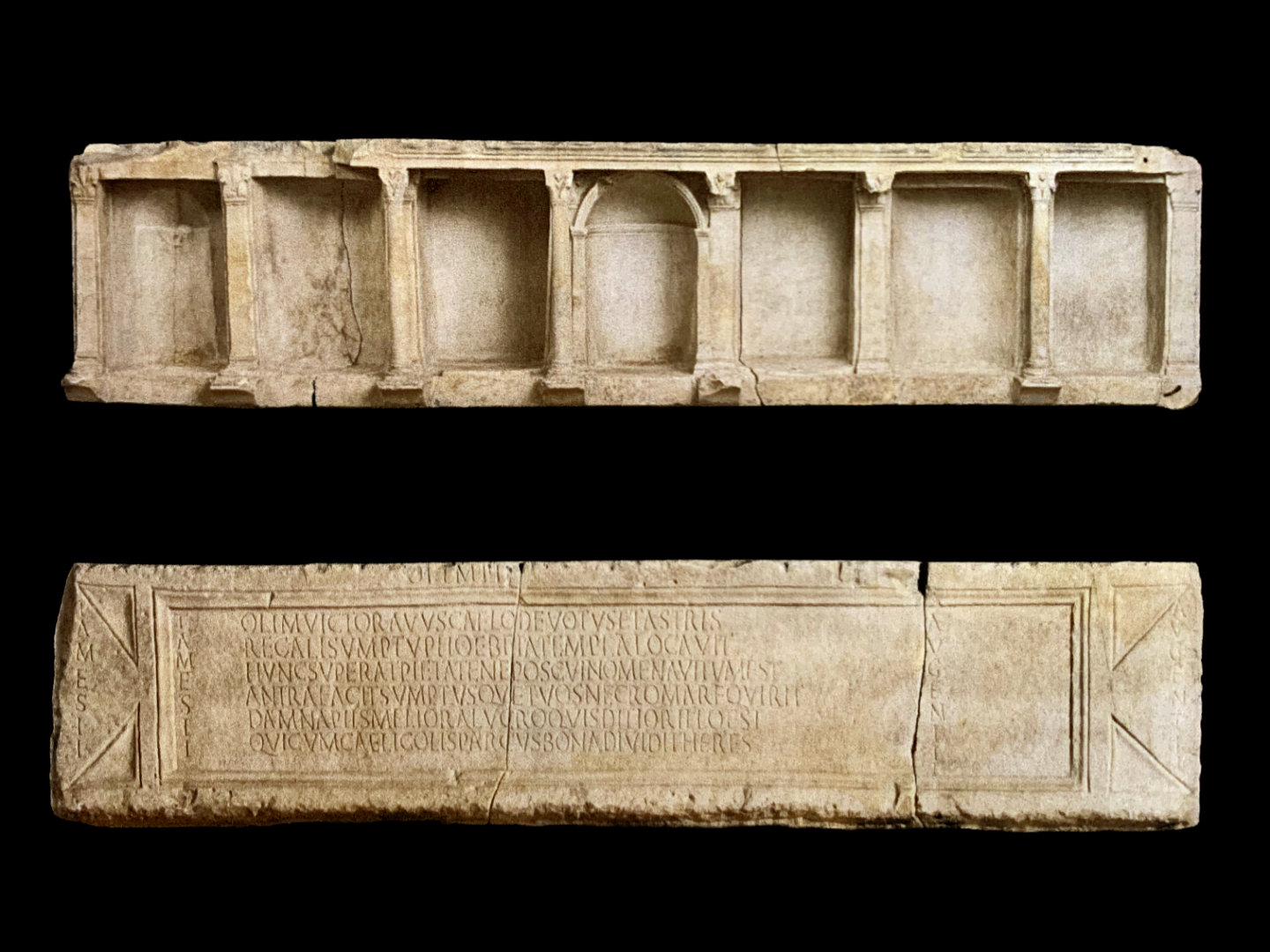 In the 15th century a Mithraeum was discovered on the Piazza S. Silvestro in Capite. About its construction all data fail. The altars and the bases, on which the inscriptions Nos. 400-405, are lost. One inscription (No. 406) however, has been preserved and stands on the back of a marble slab (H. 0.54 Br. 2.25). It was found in 1867 and is divided by small columns into four square and three semicircular niches, in which the seven planets must have been represented.

This altar, now lost, mentions that the Pater Patrum passed on the attributes of the sacred Corax to his son.

Inscription of Olympus to his grandfather

This monument is the only one still available from the disappeared Mithraeum in Piazza S. Silvestro in Capite.

Inscription of the Olympius for a Leo

The inscription explains the transmission of the fourth Mithraic degree through the Paters of the Mitraeum of San Silvestro.

Altar to a Perses of S. Silvestro in Capite

This monument was erected on the occasion of the elevation of a member to the Mithraic grade of Perses.