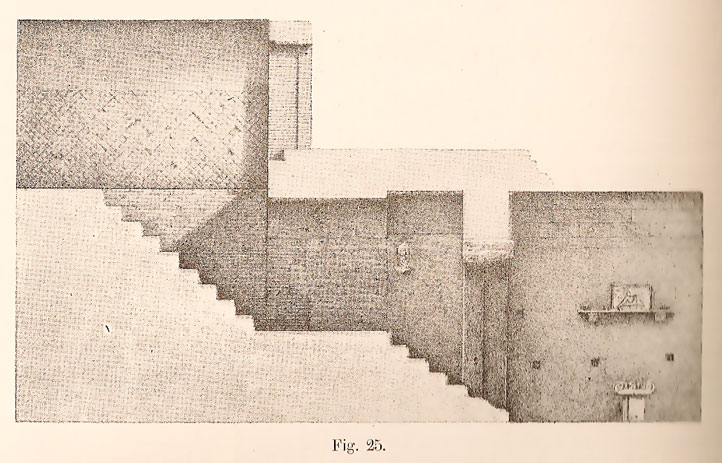 On the Esquiline (Via S. Giovanni Lanza 128) a Mithraeum was discovered near the Church of S. Martino ai Monti in 1883.

In a house from the time of Constantine or a little earlier, a Lararium was found with a statue of Isis-Fortuna and smaller statuettes of Sarapis, Jupiter, Hekate, Venus, Mars, Hercules and others. A door next to it opens on a lower room, which served as a Mithraeum. Via two flights of seven and nine steps, separated by a landing, one descends into it.

Altar to Arimanius of the Esquilino

This altar mentioning the god Arimanius was found in 1655 at Porta San Giovanni, on the Esquilino.