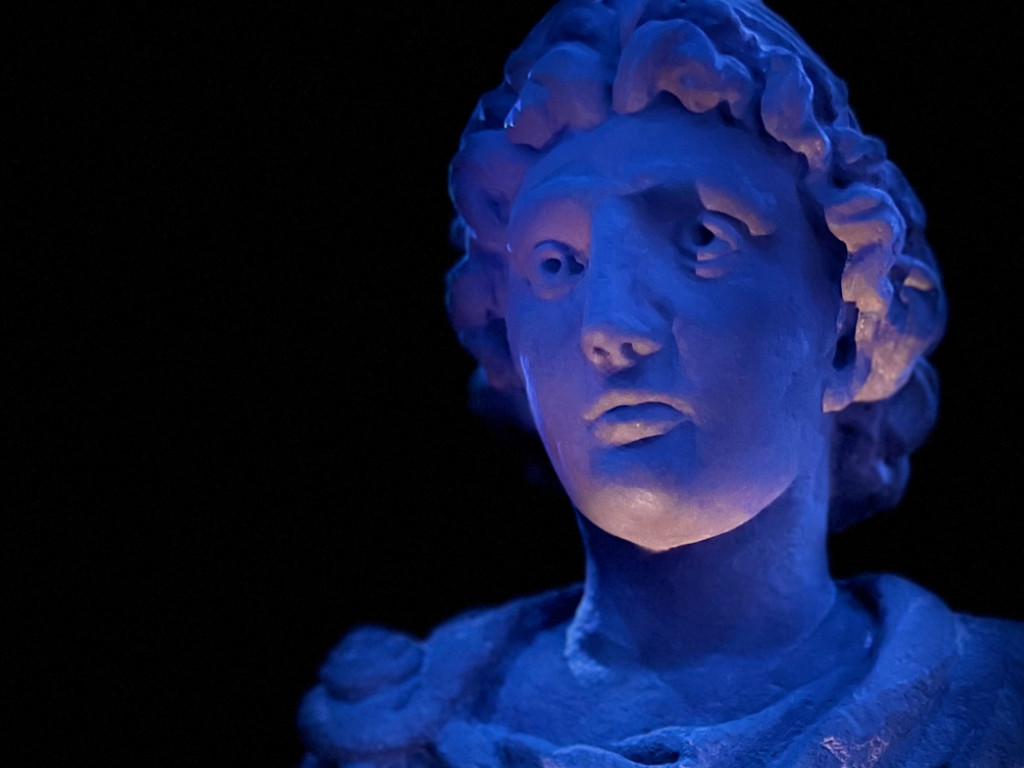 No place could be more appropriate than the Domaine Royal de Mariemont to host the first part of the exhibition The Mystery of Mithras. Exploring the heart of a Roman cult.

There is indeed a certain logic, not to say a certain legitimacy, in the fact that it is in Belgium, the homeland of Franz Cumont, that the series of three exhibitions devoted to the cult of Mithras is launched.

The exhibition, conceived by the curators Richard Veymiers and Nicolas Amoroso, is both entertaining and didactic, and will satisfy the curiosity of young people and the most erudite. 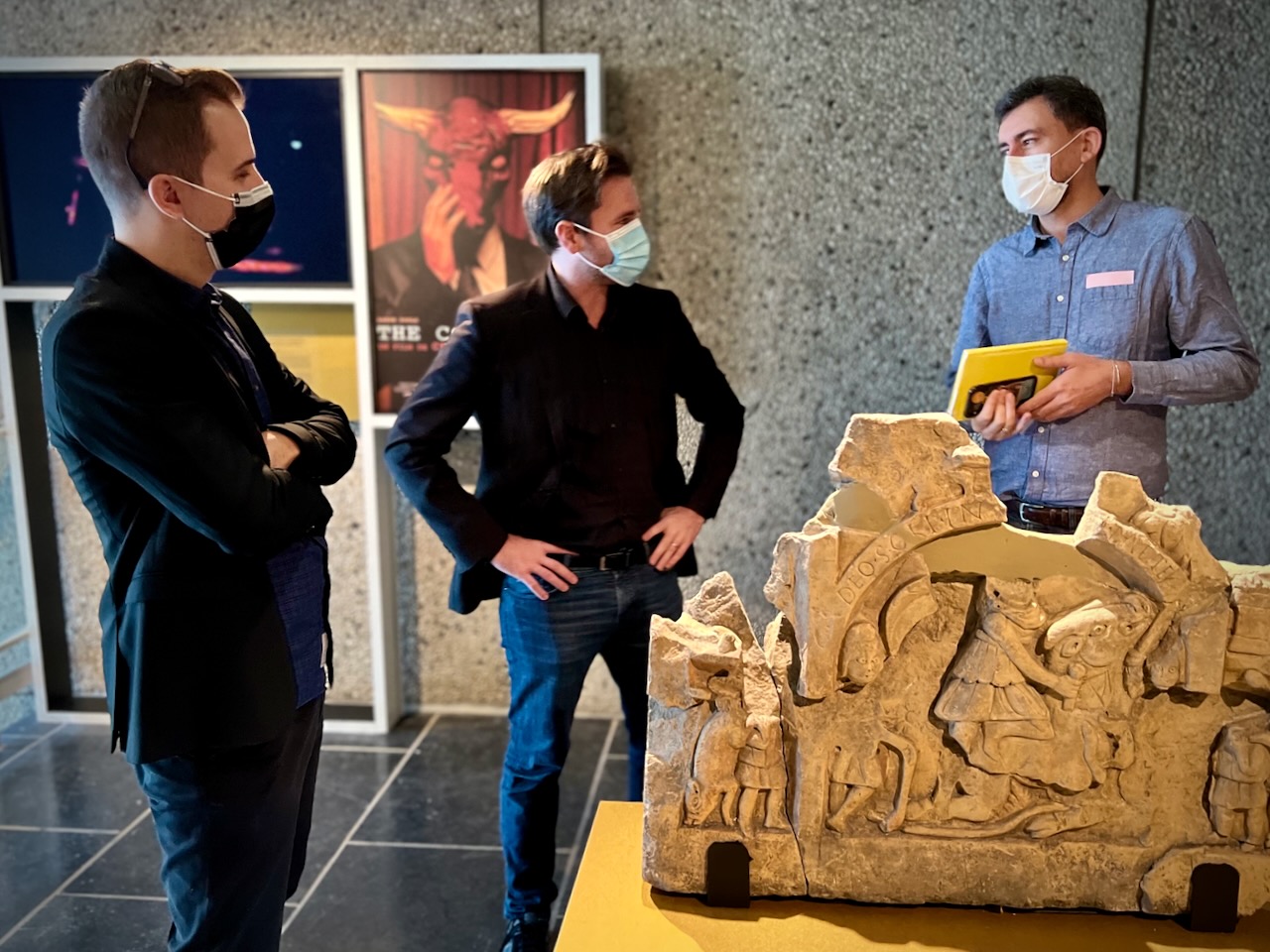 From left to right: Nicolas Amoroso, exhibition curator, Richard Veymiers, director of the museum, and Andreu Abuín, from The New Mithraeum, in front of Konjic's two-sided relief, during our visit.

Room after room, following a path that is first antechronological and then thematic, Mithriacism is revealed in all its complexity.

The heart of the exhibition is made up of pieces from temples located in the northern provinces of the empire. Not all of them will make the journey to Toulouse and Stuttgart.

For example, a bronze commemorative plaque listing the members of the Mithraeum of Virunum (Austria) can be admired. It was the subject of an exceptional loan from the Landesmuseum Kärten in Klagenfurt, where it should join the permanent collection and not be seen again soon. 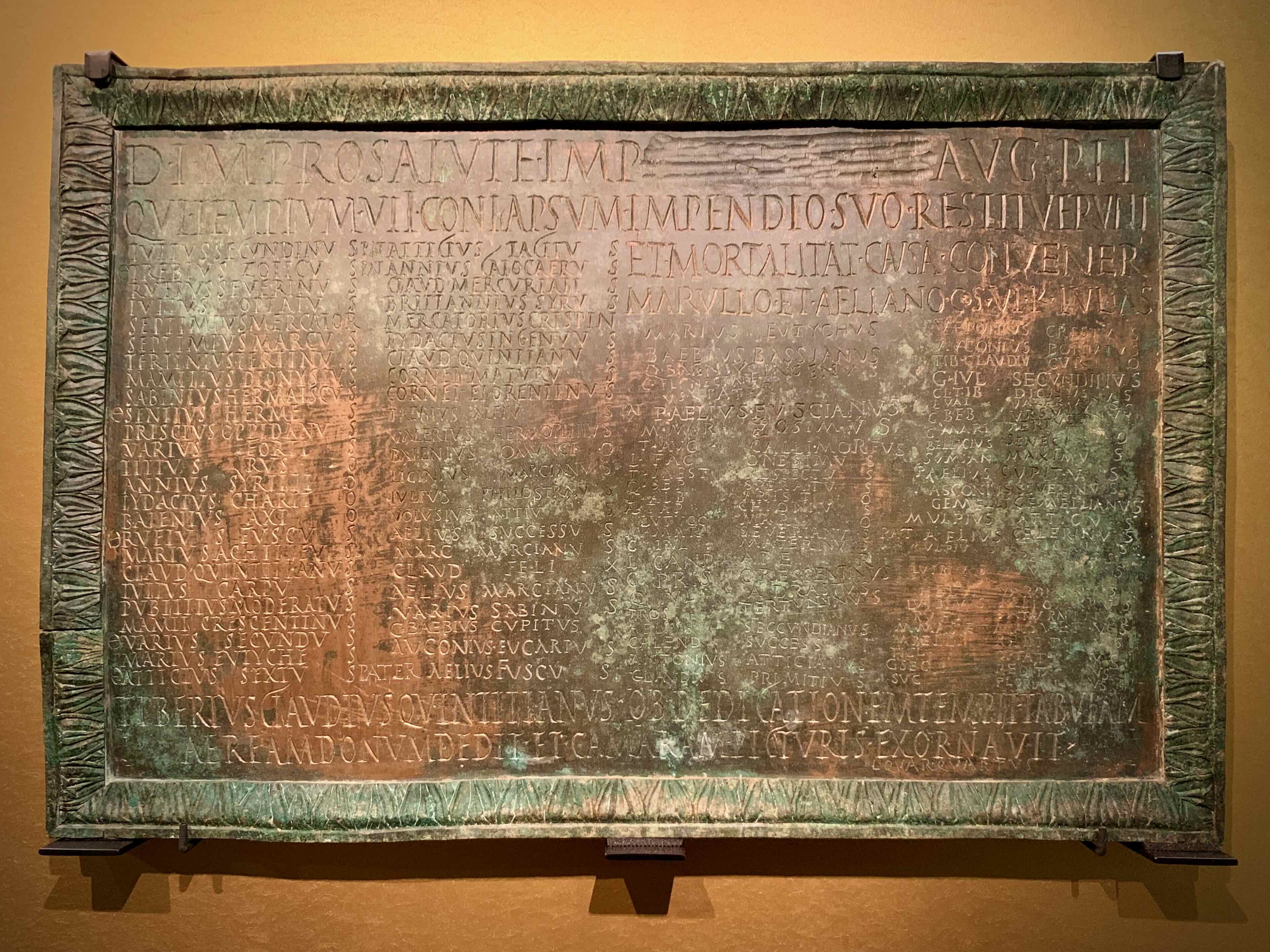 Many equally exceptional objects are presented in this exhibition, which should be seen urgently before it leaves Belgium for France.

We can only hope that the major institutions holding Mithraic objects, such as the Louvre or Yale University, will be inspired by this exhibition to organise their own exhibitions on a cult that is still so little known to the general public despite its historical importance.

The exhibition The Mystery of Mithras is currently being held at the Royal Museum of Mariemont before moving to the Saint Raymond Museum in Toulouse in May 2022 and then Frankfurt in November of the same year.

To get there by train from Brussels, you need to take a train to Morlanwelz station and then take a taxi (€30 return).