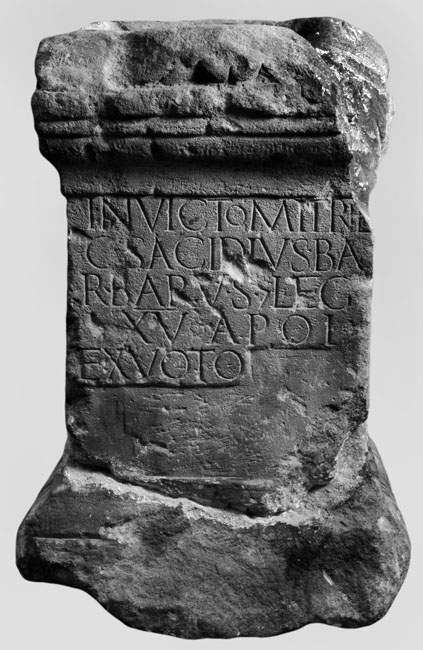 Mithraeum I, found between Bad Deutsch-Altenburg and Petronell, 40 km down the Danube from Vienna (Roman Vindobona), in 1852, in the neighbourhood of a quarry situated on the slope of a steep hill.

According to the scarcely detailed design of von Sacken, the lay-out of the temple must have been nearly semi-circular. Projecting rocks and the occasional artificial addition of masonry and blocks of stone gave the Mithraeum the appearance of a grotto. It is highly probable, that only the half-round apse has been preserved and that the rest of the sanctuary stood before it (Cumont).

Altar of Carnuntum by Sacidius Barbarus